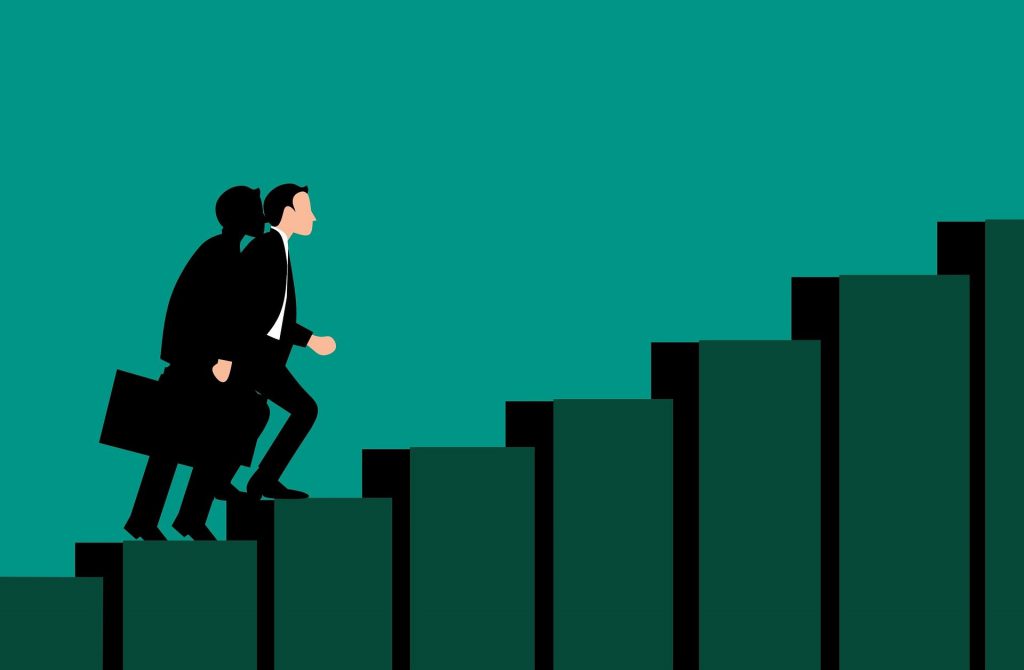 What is Bamboo Ceiling?

It is sometimes described as “having a glass ceiling” when promotion in a company is blocked by gender, nationality, etc. In a related story, East Asians are having a hard time getting promoted in U.S. companies, and this phenomenon has been described as “hitting a Bamboo Ceiling”.

The term “Bamboo Ceiling” was coined by Jane Hyun, an executive coach and leadership development advisor. She used the term in her book ”Breaking the Bamboo Ceiling: Career Strategies for Asians” in 2009.

(In the video below, she talks a little bit about Bamboo Ceiling)

This is a study by Jackson G. Lu at the MIT Sloan School of Management and others, and you can download and read the PDF below. 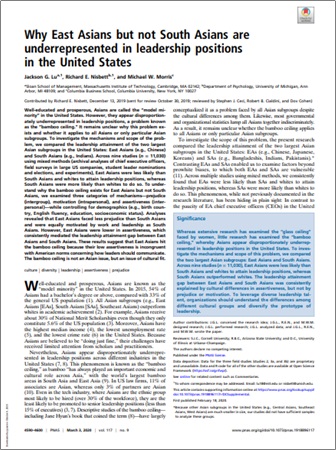 This study demonstrated the existence of Bamboo Ceiling through seven quantitative surveys and experiments. And what is very interesting is that this Bamboo Ceiling is applicable for East Asians (China, Korea, and Japan), but not for South Asians (e.g., India), even if they are also Asian.

Of course, there are differences between those two regions in multiple factors, such as language fluency, education, and economic environment, but this study shows that even after controlling for all of those other factors, Bamboo Ceiling is present in East Asians and absent in South Asians. Rather, it has also been shown that South Asians hold more leadership positions than Caucasian.

To understand why Bamboo Ceiling exists, research has examined the effects of three factors: (1) prejudice, (2) motivation, and (3) assertiveness. The results showed that regarding (2) motivation, East and South Asia were not different. It also revealed that despite South Asians being exposed to stronger (1) prejudice than East Asians, South Asians hold more leadership positions than East Asians. It is because East Asians’ significantly lower (3) assertiveness mediated the lower attainment of leadership positions.

I think this result is very familiar to many Japanese who are engaged in overseas business. In my personal experience, I have had the experience of not being able to cut in to a discussion in front of Indians of the same job grade who speak a lot and speak very fast. Of course, there’s the language barrier, but I sensed a difference in their willingness to actively express themselves.

Research has shown that the reason why South Asians (e.g., Indians) do not have Bamboo Ceilings is due to “differences in assertiveness,” that is, differences in the degree of self-expression.

In Hofstede’s six-dimensional model, this can be seen as a difference in individualism and collectivism (IDV) scores.

The chart above shows a comparison of IDV scores among five countries: the U.S., India, Japan, China, and South Korea, where a score close to 100 indicates an individualistic culture and a score close to 0 indicates a collectivist culture. The United States has an IDV of 91, indicating a very strong individualistic culture. And we can see that India has the highest IDV score among the other four Asian countries.

India is a vast country with a diverse mix of ethnicities and religions, so we should naturally assume that there will be regional variations, but it is clear that Indian culture is somewhere between individualism and collectivism.

In an individualistic culture, each individual is expected to clearly assert how he or she thinks.

Because America is a distinctly individualistic culture, it is normal for people to express themselves clearly. Therefore, people who do not express themselves clearly tend to be difficult to be trusted. Since India is closer to the US in terms of IDV than East Asia, it is understandable that the difference in assertiveness makes Bamboo Ceiling a unique issue in East Asia.

The way a performance is delivered varies from culture to culture

I understand that East Asians, who do not come from an individualistic culture, are relatively less assertive and therefore are not assessed as highly in terms of leadership positions in U.S. companies, but how do East Asians get the job done instead of being assertive?

The figure below plots the individualism and collectivism (IDV) scores mentioned earlier, along with the short- and long-term orientation (LTO).

For these five countries, we find that IDV and LTO are inversely correlated with each other. East Asia has a more long-term oriented culture than the United States and India.

With respect to these two dimensions, let’s consider how East Asians typically behave after joining a new company or changing departments.

I think it’s easy for us Japanese to understand since Japan is also East Asia. I expect most of the new comers of the organization “wait and see” when they join a new group. They know in their bones that there are a lot of unspoken rules in the group, so they try to avoid the potential conflicts and watch and learn how other members behave.

And once the unspoken rules of the group are understood, the individual is recognized as a member of the group. It takes a long period of time to get to this point. But by the time that happens, it’s quite possible for new members to be assertive. Rather, inside groups it’s reflected like, “Are we able to talk straight from the gut?” This group assertiveness is often the interest and focus of the group. Sometimes the goal of the organization is to develop an assertive relationship in which all members can trust and disclose each other.

In other words, I think East Asians are assertive enough in long-term group relationships.

When this happens, I even feel that collectivist assertiveness is stronger than individualistic assertiveness. This is because the individual’s opinion in that case is based on a group interest that goes beyond the personal interest.

Adaptation Strategies as an Individual

In terms of career-building for East Asians working within organizations with an American cultural background, a stronger and more explicit form of self-expression would be better. In a short-term oriented, individualistic culture, careers are a series of short runs. It would be like running a 100-meter run as fast as you can every day. You wake up in the morning and there’s a race for today and another race tomorrow. Unless you win a race of today, you’ll lose the next chance.

Because culture influences individual behavior at an unconscious level, East Asians can be pulled into long-term oriented, collectivist value-based behavior if they are not aware of it. As a result, they hit the Bamboo Ceiling.

It was previously discussed that Yahoo Japan has made a behavioral change using the keyword “Outrageous speed (Bakusoku)”. This appears to be an anchor that constantly makes us aware of the values of short-term orientation/individualism. NLP (Neuro Linguistic Programming) sometimes uses a technique called “Anchoring” to elicit specific emotions and reactions. We can think of it as an attempt to reconcile unconscious cultural influences evoking certain behavioral norms and mental attitudes in mind when you hear the term “Outrageous speed (Bakusoku)”.

As mentioned above, there is no fixed solution as to which is better, short term orientation/individualism or long term orientation/collectivism or some other combination. However, I feel that the important thing is to become aware of what values are there and then respond appropriately to them.

As a managing director of Hofstede Insights Japan (HIJ), he has been dealing with various global transformation projects. Prior to join HIJ, he worked in BCG Tokyo office as a project leader specializing in marketing, corporate strategy, and organization development. He also worked for Sony (Japan / Europe). His current interest is in how to transform organizations in the time of expanding global diversity. He is also a doctoral student at the Graduate School of Human and Environmental Studies, Kyoto University.

Korean culture and leadership from the drama ‘Itaewon Class’